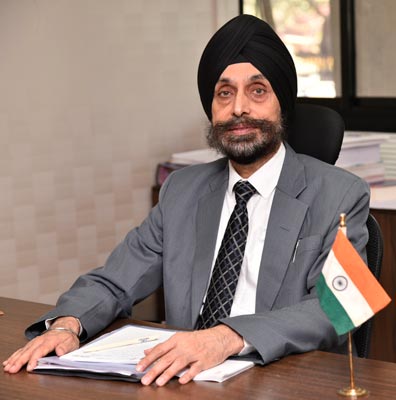 Shri UPS Madan, the 6th SEC of Maharashtra, belonged to 1983 batch of the IAS from Maharashtra Cadre. He retired as the Chief Secretary of the State and worked as the Special Advisor to the Chief Minister before joining as SEC on 5/9/2019.

Hailing from Punjab, Shri Madan has a very long experience in administration, having worked on various important posts in the State and Central Government. Apart from working as ACS, Finance of the State, he worked as Metropolitan Commissioner, MMRDA, VP & CEO MHADA, Commissioner KDMC, District Collector Nanded and CEO, Zilla Parishad Sangli.

Shri Madan also brings with him a rich experience in the field of elections, having worked as Chief Electoral Officer of Maharashtra from 2004-2007 where besides conducting general elections of the State Assembly, he was instrumental in conducting the delimitation exercise for all the Parliamentary and Assembly Constituencies of the State.